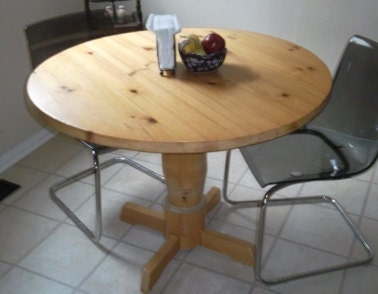 My grandfather was my woodworking mentor when I was growing up.  He was very patient and realized that you learn from your mistakes and experimenting.  He would show me how to make things and all the safety do’s and don’t’s.

The equipment I learned on didn’t have safety guards.  They were built in an era there attention and common senses were what kept all your digits. My Grandfather was a Patternmaker for 50 years.  He worked with wood and had lots of stories he would tell us as we were growing up.  My Grandmother was always fascinated that he died with all his fingers.  Most Patternmakers would loose parts of their fingers at some point in their lives.  Eventually I would go off and spend hours in his workshop making things.  Curiosity usually got the best of him and he would find an excuse to come and see what I was doing.

My grandfather had a favourite finish for the wooden items we turned on the lathe.  Coal Oil.  Yes, the oil extracted from coal.  It did make the grain stand out and make the wood smooth.  We never made an ash tray.  I don’t know why he showed me how to apply Coal oil, all the things he made for his house was finished in shellac.

After I was married, he and I were making a dining room table.  It had a round top, 42" in diameter.  I was going to turn the top of the table on a lathe to round it to a perfect circle.  I used his tools and glued and marked out the circle on the wood.  We managed to rough cut the circle on the bandsaw.  We mounted it on the lathe and turned it on.  Because my table wasn’t perfectly balanced, the lathe started to bounce around the basement.  We turned it off.

We spent some time and came up with a solution.  Take a 2" x 4" piece of lumber and jamb it between the top of the lathe table and the ceiling joist.  It was stuck, there was no way it would move.  I turned on the lathe.  As it started to rotate faster and faster, the house began to vibrate.  It vibrated more and more as the table turned faster and faster.  I dove for the switch.  I turned it off before the house shook off its foundation.

As the lathe slowed, my heart was pounding and I look at my grandfather standing there, laughing, laughing so hard he couldn't breath.    My life, and the lives of the others upstairs were flashing before our eyes, and he was having a trip down memory lane.  Apparently he was reminded of a time when he was working as an apprentice.

This was the last item I made with him, he died a few months later.